Home » General » What is the difference between lemongrass and citronella

The main difference between lemongrass and citronella is that citronella has red or magenta stems while lemongrass has green stems. 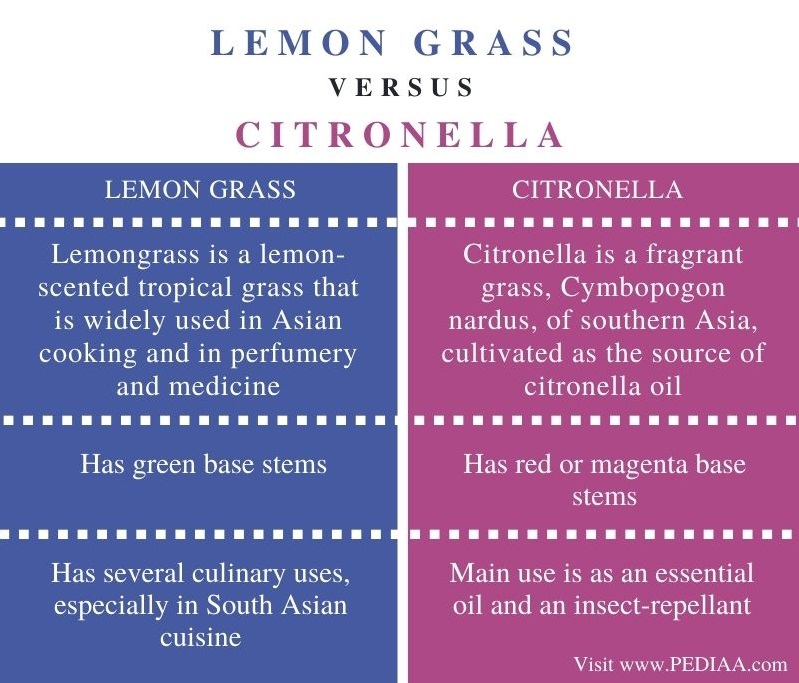 Lemongrass is a tall, perennial grass with the scientific name of Cymbopogon citratus . It has about 45 species of native tropical and subtropical climates in Australia, Africa, and Asia. India is the largest producer of lemongrass. The stem of lemongrass is mainly used as a culinary herb in Southeast Asian cuisine. It is used to make a nutritious tea and as a herb to flavor dishes. We can use it in both fresh and dried form. 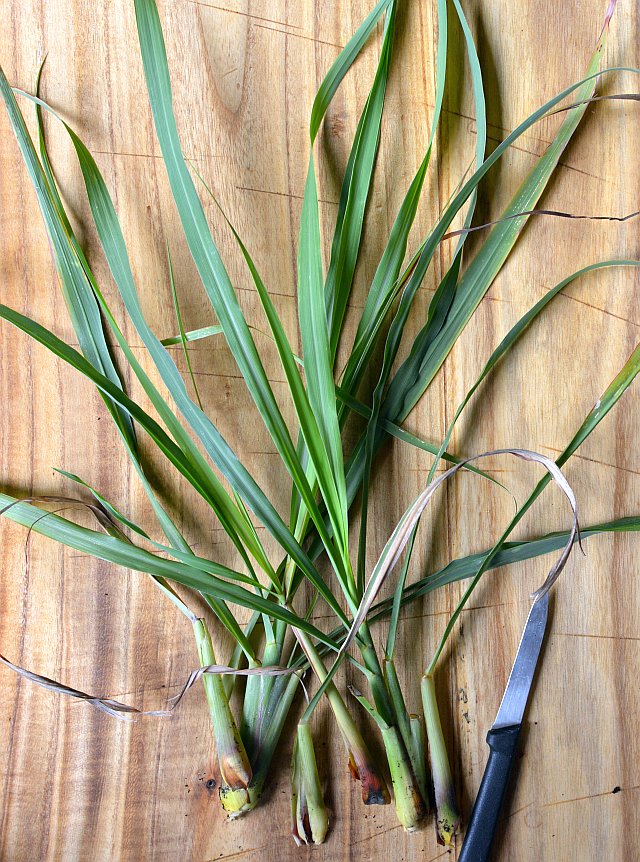 Lemongrass has a lemon-like odor; hence the name lemongrass. Lemongrass essential oil can be used as a fragrance in products such as deodorants, soaps, and cosmetics. Additionally, the citral component in lemongrass can actually act as an insect repellent.

Citronella grass ( Cymbopogon nardus and Cymbopogon winterianus ) is a clump-forming perennial grass that is native to tropical Asian countries such as Sri Lanka, Indonesia, Burma, and India. This grass can grow up to 2 m high and has red stems. Citronella oil is an essential oil that we use in soaps, candles, and insect repellants. Citronella is particularly effective as a mosquito repellent. You can use the oil as a spray or as a diffuser. In addition, the oil is sometimes infused in creams and ointments that are used as a topical application. 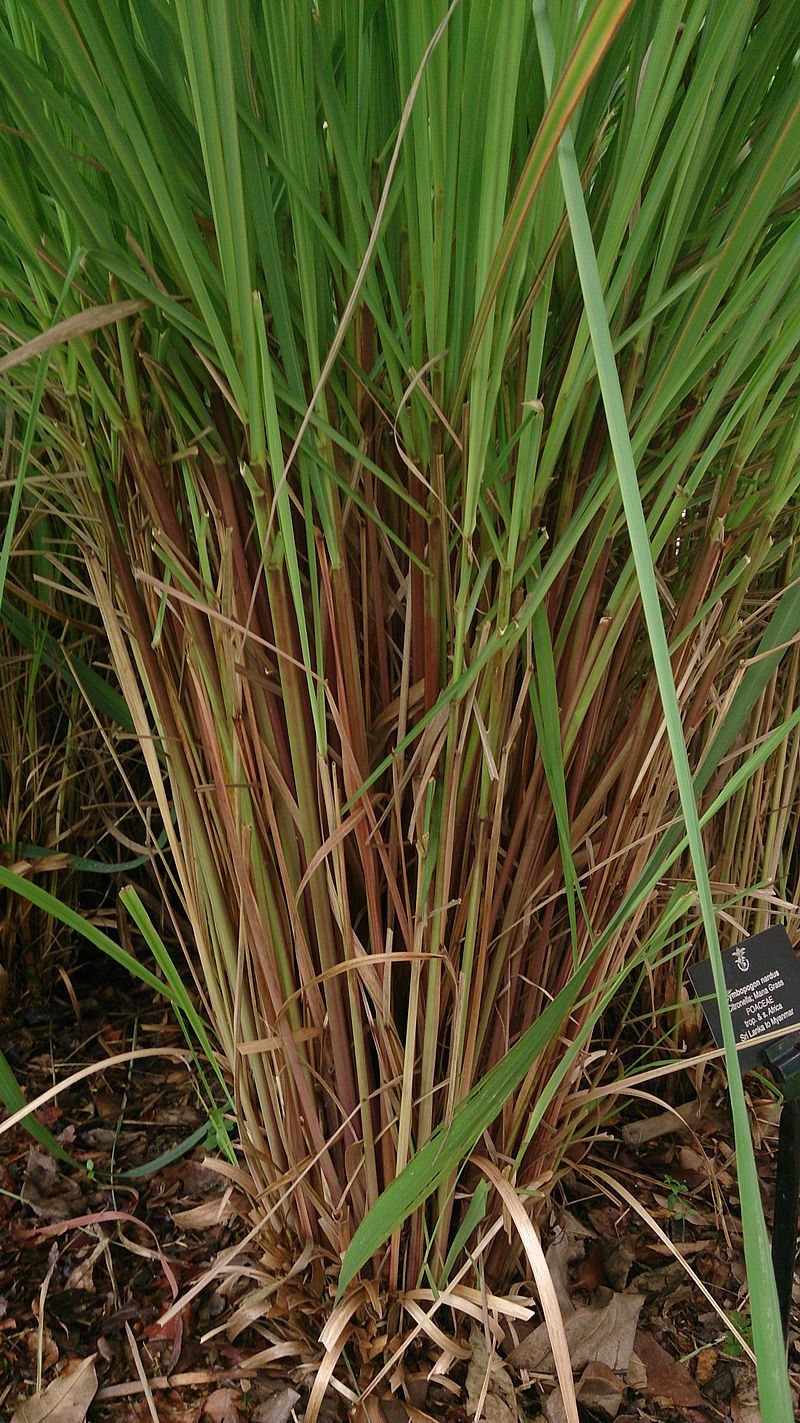 In addition, geraniol and citronellol, which are the main chemical components of citronella, have antiseptic properties. That is why we use them as household disinfectants and soaps. Citronella also has some health benefits: it can act as an antifungal, treat parasitic infections, aid wound healing, and fight fatigue.

Most people tend to confuse citronella grass with lemongrass. It is important to know that these are two different plants. While lemongrass has several culinary uses, particularly in South Asian cuisine, citronella grass is primarily used as an essential oil and insect repellent.

Similarities to lemongrass and citronella

Difference Between Lemongrass and Citronella

Lemongrass is a lemon-scented tropical grass that is widely used in Asian cuisine, as well as in perfumery and medicine. Citronella, on the other hand, is a fragrant grass, Cymbopogon nardus , from South Asia that is grown as a source of citronella oil.

Color of the stem

Citronella has red or magenta stems, while lemongrass has green stems.

We use these two plants in cooking, medicine, and aromatherapy. Lemongrass has several culinary uses, particularly in South Asian cuisine, but citronella grass is primarily used as an essential oil and insect repellent.