You cannot fully understand ancient architecture in India without knowing what South Indian temple architecture is. Ancient temples of India are architectural marvels and reflect the glorious cultural and religious history of the country. They are fine examples of the country's art and culture in ancient times. The special thing about these structures is the fact that they were built at a time when there were no modern techniques and machines to build such gigantic structures. Temples in the south of India differ in their architecture from the temples in the north. They represent a style of architecture called Dravidian architecture. Even in this category, different temples reflect differences in style and design, indicative of the different dynasties that ruled this part of India between the 6th and 16th centuries.

The style and design of South Indian architecture reflect influences from different dynasties. The rise of temple architecture in South India coincided with the Bhakti cult, which spread to all parts of South India in the 6th century. This led to the construction of large structures that were used for idol worship and the performance of rituals. Construction of the ancient temple began with the rise of the Pallava dynasty in the south in the 7th century and continued with the Chola dynasty until 1150 AD. Later kingdoms that promoted temple construction were Chalukyas, Hoysala, Pandya, etc. The temple construction in the south was perhaps during the time of the Vijayanagara dynasty, which spanned three centuries from AD 1350 to AD 1565 all over southern India prevailed at its peak. 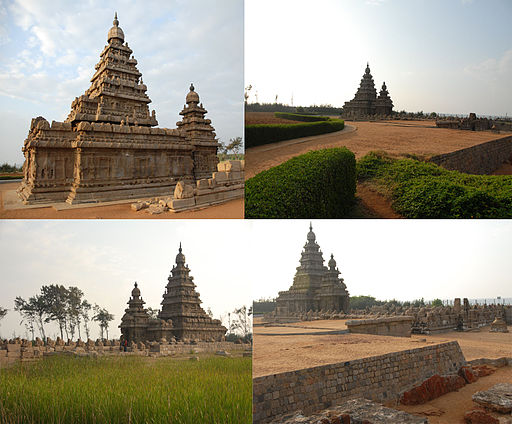 Temples became an important part of the life of the community

In ancient times, temples in South India were not only places of worship, but also became part of community life, as social, religious and political issues of importance were also discussed here. These structures also became centers for the development of performing arts such as dance, music, and drama. These temples were attached to educational institutions and the students received knowledge of religion and spiritual life here. Most of the ancient temples received state patronage and were not only rich in wealth but also powerful to arouse fear in the minds of the common people.

The most important aspect of the ancient South Indian temples is their decoration, which can be seen not only in the form of statues of gods and deities, but also in various architectural elements. All of these temples boast an inner uterine chamber called Garbha Graham, which houses the sculptures of the main gods. This chamber always had a passage around these statues to allow them to go around. Another characteristic feature of South Indian temples of the past is the construction of shrines within the complexes.