Home » Countries » India » How is India?

What is India like, is a question that arises from all those who are not Indian and have only found out about this country from the newspapers, television or the Internet. India is a huge country in Asia that is the size of a subcontinent. It is the seventh largest country in terms of area, but it ranks second after China in terms of population. India has an ancient civilization and a vibrant culture where people of different religions live. It is the largest democracy in the world. This article tries to give the outside world a clearer picture of India.

Geography and location of India

India is located in South Asia, but is separated from the rest of the continent by the Himalayas. It shares its borders with China, Pakistan, Bangladesh, Burma, and Bhutan. It is surrounded to the west by the Arabian Sea and to the west by the Bay of Bengal. The Indian Ocean is to the south of this vast country. The northernmost part of the country is covered with snow-capped mountains while the country has a huge coastline stretching from its western parts to its eastern parts including the south. From its northernmost part, where India shares the border with China, there is a vast expanse of land that measures more than 2000 miles to the southern tip of the country. India is an amalgamation of 29 states with their own culture. 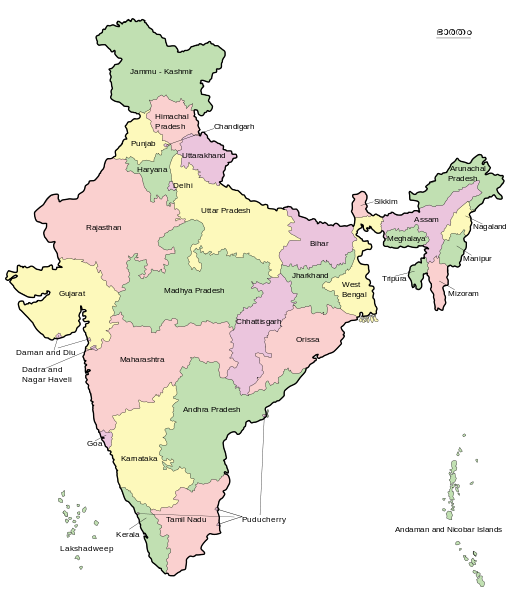 Due to its enormous size and geographic features, India has a wide variety of climatic conditions. The climate of India is strongly influenced by the presence of the Thar Desert in the west and the mighty Himalayas in the north. Large mountain ranges on the northern border keep weather conditions cooler in northern India, but they also act as a barrier to cool and icy winds from Central Asia. It is these mountains that keep large parts of India warm and sunny all year round. The climate in India depends on the location and the time of year. In general, the country has three seasons known as summer, rain, and winter. Between the summer, which starts in March and lasts until the end of June, and the winter, which starts in late October and lasts until March, there is a rainy season called monsoons. This rain shower brings relief from the scorching heat during the summer season. Winter sets in as the monsoons recede.

India has a population of more than a billion people who speak many different languages ​​and follow different cultures. However, there are similarities deep down that underscore a single unifying culture that evolved from an ancient civilization. Hindus are the dominant religious group, although there are also Muslims, Christians, Jains, Sikhs and even Buddhists in significant numbers in India. In fact, Sikhism, Jainism and Buddhism are the religions that were founded in this vast stretch of land. Despite different religions, the people of India live in harmony and offer an image of unity in diversity.

Religion plays a significant role in the lives of people in India and its influence can be seen in all aspects of life. Religion has also helped keep family values ​​intact, with people respecting their elders and still living in common families today. Families come together at festivals and other celebrations, and important events in an individual's life are celebrated with great zeal and fervor. The ancient caste system still prevails among the majority of the Hindu population, although these distinctions have been severely blurred over time. Belief in the afterlife and belief in past actions that affect the present are still supported by a majority of the population. In general, most of the people in India are godly and have behaviors that can best be described as happy happiness. Indians are habitual savers and the savings rate in India is one of the highest in the world. However, today's generation is copying people in the west by spending most of their income on gadgets and devices as they want to lead a better lifestyle without worrying about their future.