Both myths and legends are stories or tales that are passed on from one generation to another. The main difference between myth and legend is that myth is a traditional narrative is, in particular, relating to the early history of people or declared a natural or social phenomenon and typically supernatural characters or events includes while Legend a traditional narrative, which is sometimes generally viewed as historical but not authenticated.

What is a Myth?

A myth is a traditional story that is rooted in popular beliefs or religions . They mostly deal with the early history of a people or explain a natural or social phenomenon on the basis of supernatural events or beings. Myths describe stories that take place in a timeless past and contain supernatural or fantastic characters such as deities and demigods. Greek and Roman gods are good examples of myth. The time in these stories is not specific and all heroes have supernatural powers.

Myths have been used throughout history to explain the inexplicable. For example, the story of chaos in Greek mythology explains how the world was created. The story of Pandora's box explains how pain and suffering came about. In this story you can see that Pandora's box is also a symbol of suffering and pain. Thus, myths can also be viewed as symbolic stories. 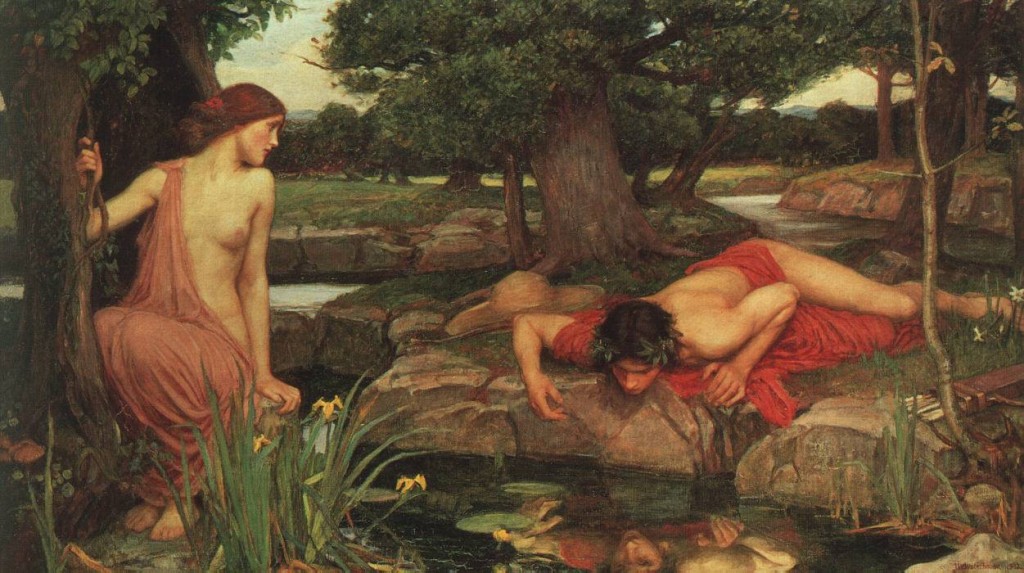 What is a legend?

A legend is a traditional narrative that is popularly perceived as a historical fact but not authenticated . Legends usually relate to real events or places, and legends have some factual basis; Because of this, they are popularly believed to be true.

Legends are also woven around historical figures who are considered heroes. But their exploits are often exaggerated and distorted in legends. However, these characters and events can be associated with many supernatural elements.

Given all of these facts, we can conclude that while legends may contain some facts, they are not entirely factual or real.

Some examples of famous legends are Tales of Robin Hood, King Arthur, William Tell, El Dorado, the story of Rama and Sita, etc. 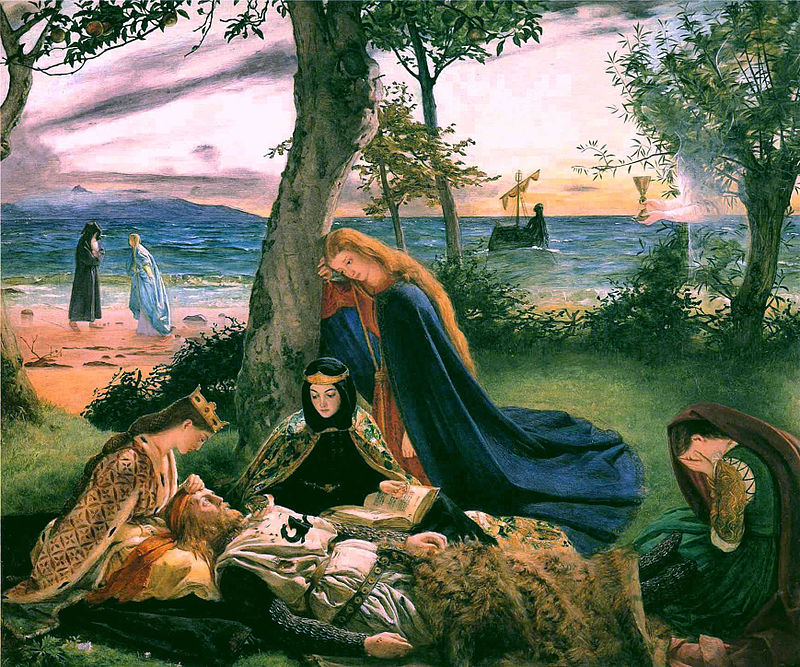 Difference Between Myth and Legend

Myth is a traditional story, especially one that relates to early human history or explains a natural or social phenomenon and typically involves supernatural beings or events.

There is no evidence that any particular event or character in the myth is based on true facts.

There is some evidence that a particular event or character in legend is based on true facts.

Myths speak of supernatural characters such as gods, demigods and mythical creatures.

Legends tell of historical figures and events that are exaggerated.

Myths explain the unnatural phenomenon through symbols and metaphors.

Legends are often about heroism or overcoming obstacles. 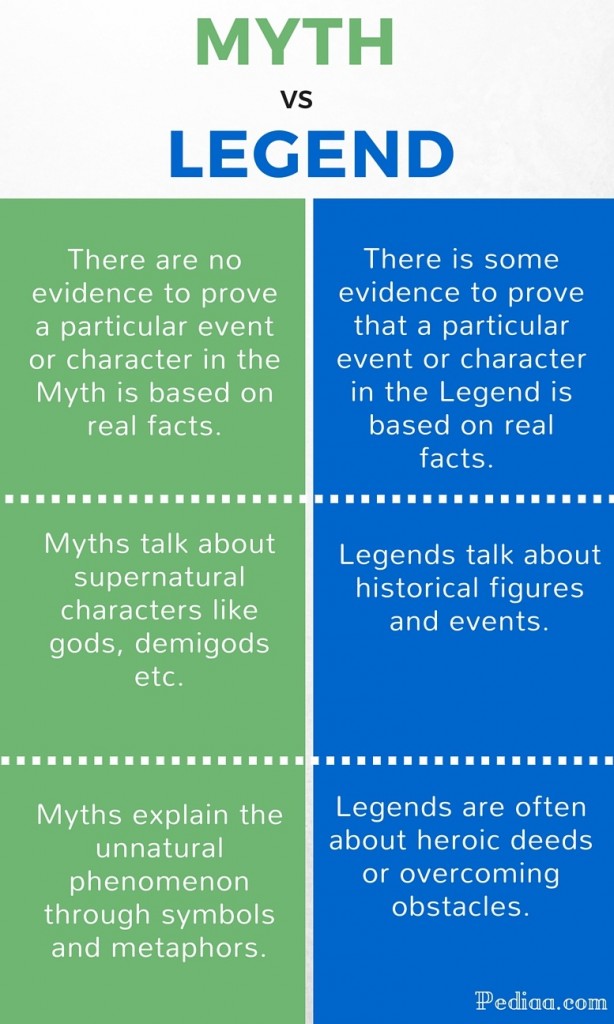