Every society, community and family have common traditions and customs. Although these two words, traditions and customs, are often used interchangeably, there is a slight difference between custom and tradition. The main difference between custom and tradition lies in the length of time involved. A custom is a generally accepted way of behaving or doing something in a particular society, place, or time. A tradition is the passing on of customs or beliefs from generation to generation.

What is a tradition

A tradition is behavior, thinking or doing that has long been followed by people in a particular community, society, family, etc. A tradition can be an idea, a belief that is passed on from one generation to another. It can be common to a particular religion , culture, or even a family. For example, members of a specific family can have a party on a specific day of the year. If this practice is followed by several generations over many years, it can become a family tradition.

Although following traditions are not compulsory, many people follow traditions as this is the way of life they have been taught from childhood. However, it is always better to follow a tradition after knowing the origins and rationale of that tradition. Since traditions are not strict rules and regulations, it is always possible to change certain aspects of a tradition. In fact, most of the traditions we follow today are variations on an original tradition; Over time, people have added or left out certain aspects of a tradition. For example, if we look at the history of Christmas traditions, Christmas trees were traditionally decorated with edibles such as apples and nuts; It was in the 18th century that it started to be lit with candles. Today, Christmas trees are decorated with electric lights and various ornaments. 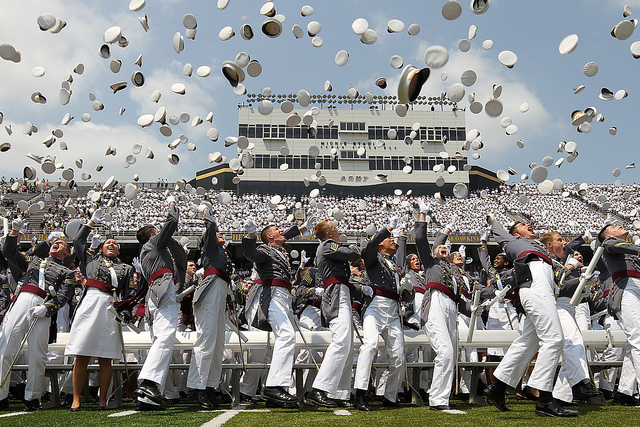 What is a custom?

A custom is a use or practice that is common in many or a specific place or group of people. It is the generally accepted way of behaving or doing something in a particular society, place, or time. Every culture, society and religion has its customs. For example, in some countries the bow is a sign of respect and gratitude.

Just like traditions, a custom can begin in a family; a particular gesture, behavior, or action becomes a habit when it is practiced continuously. When a custom is followed over many years and passed on to younger generations, it becomes a tradition. 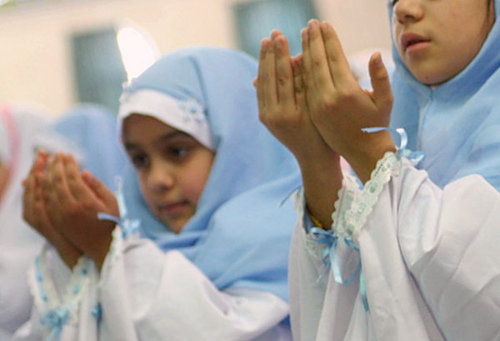 Difference between custom and tradition

Custom is a use or practice that is common to many or to a particular place or group of people.

Tradition is the passing on of customs or beliefs from generation to generation, or the fact that they are passed down that way.

Custom can be a new practice.

Tradition has always been a custom that has been passed down for years.

Custom can , if passed on through generations, become tradition

Tradition is a custom that has been passed down through generations. 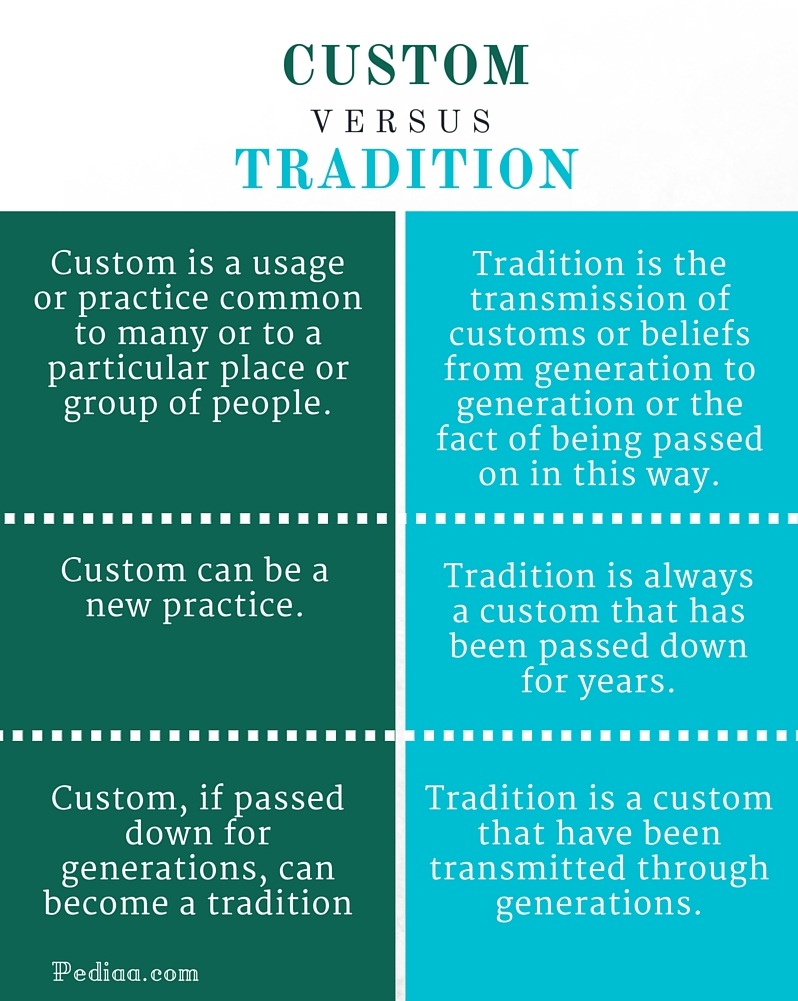