Chlorine is a chemical element with atomic number 17. In general, however, the term chlorine is used to refer to chlorine gas, the diatomic gaseous compound of chlorine. Chlorine gas and other chlorine-containing compounds are very useful as disinfectants and in the manufacture of other products. Chloroform is a common anesthetic that is produced by the reaction of methane and chlorine gas. The main difference between chloroform and chlorine is that chloroform exists as a liquid at room temperature and has a heavy, ether- like odor and sweet taste, while chlorine exists as a yellowish-green gas and has a chocking odor. 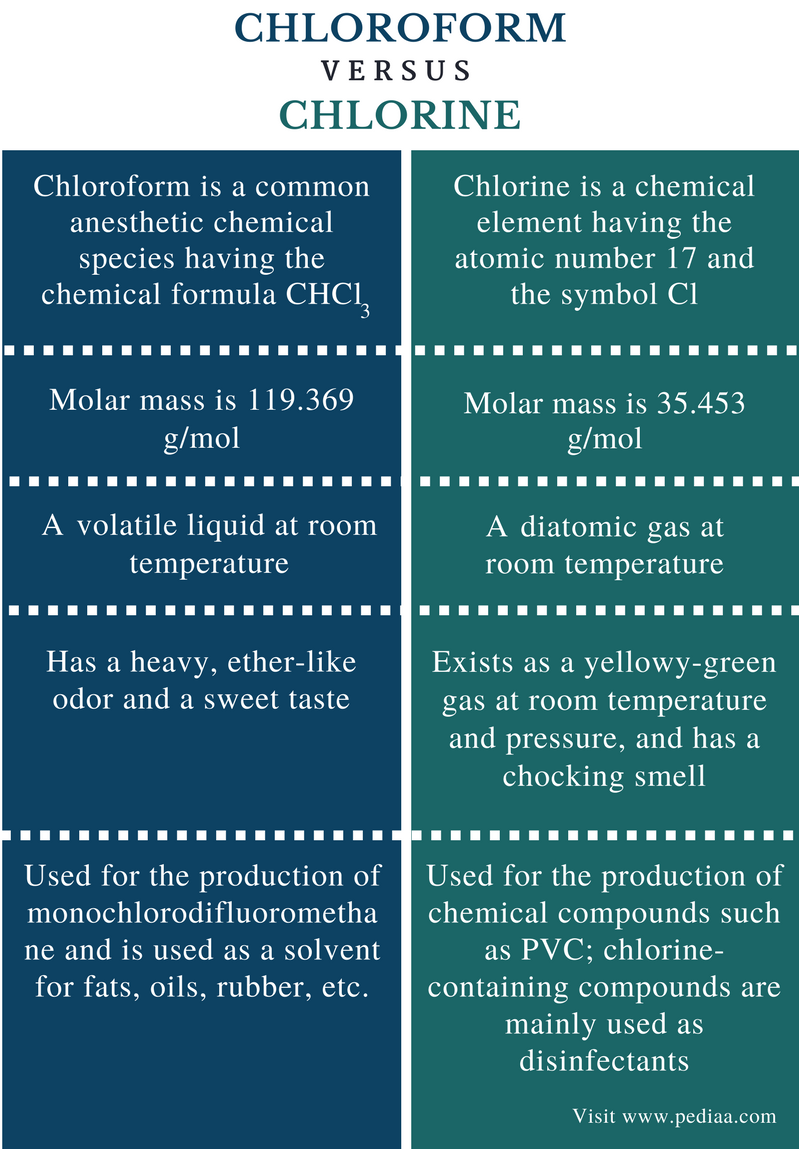 Chloroform is a common anesthetic (a substance that causes insensitivity to pain) chemical species with the chemical formula CHCl 3 . The molar mass of this compound is 119.369 g / mol. It is also called trichloromethane because the chemical structure of chloroform is similar to methane with three hydrogen atoms replaced by chlorine atoms. 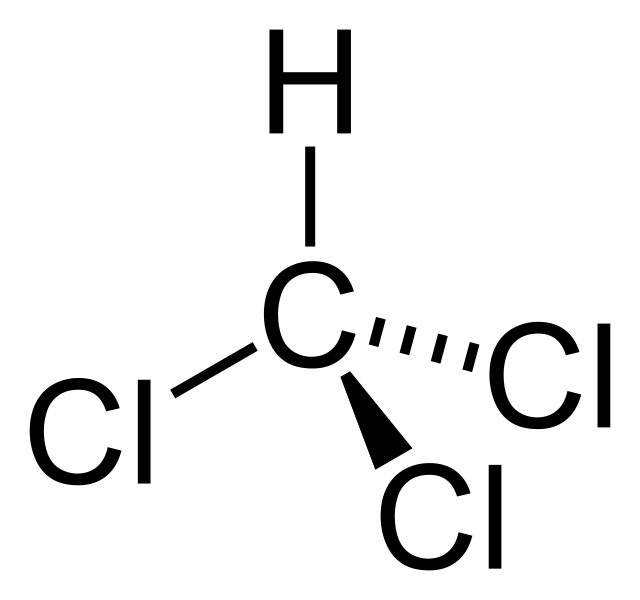 At room temperature, chloroform is a colorless liquid that is highly volatile. It has a heavy, ethereal odor and a sweet taste. The melting point of chloroform is -63.5 ° C and the boiling point is 61.15 ° C. But it decomposes at 450 ° C. Chloroform is easily soluble in water, but readily soluble in organic solvents such as benzene . Chloroform is denser than water (1.489 g / cm 3 at 25 ° C). The geometry of the chloroform molecule is tetrahedral. 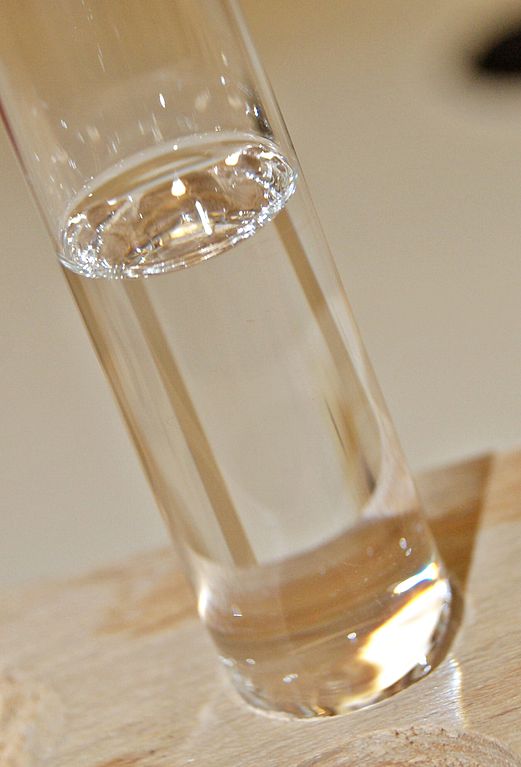 Chloroform is made by chlorinating methane. A mixture of chlorine and methane is heated to approx. 400 ° C. The chlorination takes place as a radical halogenation.

The most important use of chloroform is the production of monochlorodifluoromethane (CFC-22) via the reaction between chloroform and HF (hydrogen fluoride). It is also used as a solvent for fats, oils, gums, etc. When the hydrogen atoms are replaced with chloroform isotopic deuterium , there is CDCl 3, which is the solvent used in NMR spectroscopy. Most commonly, however, chloroform is used as an anesthetic. It was widely used in operations and criminal activity. However, the use of chloroform in surgery is now tightly controlled as it can cause liver damage.

Chlorine is a chemical element with the atomic number 17. Chlorine is in group 17 of the periodic table, which is known as the halogen group and belongs to the p-block. It's a non-metal . The electronic configuration of chlorine is [Ne] 3s 2 3p 5 . One electron is missing to completely fill the orbitals. Therefore, chlorine atoms are very reactive; Chlorine forms anions with -1 electrical charge by accepting an electron from the outside to complete the electron configuration. But in general the name chlorine is used to refer to the diatomic chlorine gas (Cl 2 ). 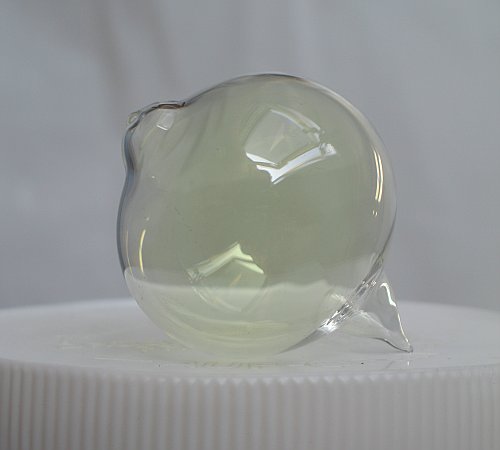 Figure 3: Chlorine gas in a sphere

At room temperature and pressure, chlorine is present as a yellow-green gas. Chlorine gas has a suffocating odor. There are only a few isotopes of chlorine. The most common isotopes are chlorine-35 and chlorine-37. However, due to its high stability, chlorine-35 is the most abundant isotope among the two. The most stable oxidation state of chlorine is -1. By receiving an electron from outside (from an electron donating chemical species), the chlorine atom can acquire a stable electron configuration by completing the electron configuration.

Chlorine gas and most other chlorine-containing compounds can kill bacteria. It is therefore used as a disinfectant for treating drinking and swimming pool water. However, chlorine gas is mainly used in the manufacture of PVC (polyvinyl chloride).

Chlorine gas can be used as are used oxidant as Cl 2 can be reduced to chloride ions (Cl - anions are called chloride ions). Another major use of chlorine is in the production of ions from chloroform, an anesthetic.

Difference between chloroform and chlorine

Chloroform: Chloroform is a common chemical anesthetic species with the chemical formula CHCl 3 .

Chlorine: Chlorine is a chemical element with the atomic number 17 and the symbol Cl. But in general, diatomic chlorine is also called chlorine.

Chlorine: The atomic weight of the chlorine atom is 35.453 amu.

Chloroform: Chloroform is a volatile liquid at room temperature.

Chlorine: Chlorine is a diatomic gas at room temperature.

Chloroform: Chloroform has a heavy, ethereal odor and a sweet taste.

Chlorine: At room temperature and pressure, chlorine is a yellow-green gas and has a suffocating odor.

Chloroform: Chloroform is used to make monochlorodifluoromethane and is used as a solvent for fats, oils, gums, etc. It was used as an anesthetic chemical, but now its use is controlled.

Chlorine: Compounds containing chlorine are mainly used as disinfectants and chlorine is used to make chemical compounds such as PVC.

Chloroform is made from the radical halogenation reaction between methane and chlorine. Chloroform has been widely used as an anesthetic chemical, but now its use is controlled due to its liver damage. Chlorine is a chemical element with the atomic number 17. At room temperature it is a diatomic chlorine gas. The main difference between chloroform and chlorine is that chloroform exists as a liquid at room temperature and has a heavy, ethereal odor, while chlorine exists as a yellow-green gas and has a suffocating odor.